As the participants joined the session, Yomi greeted them by name, “Hi Cole! Hi Julia!”

In the main window clinical psychologist Dr. Kristin Tollstedt, her hair neatly pinned back, stood up and shooed her son out of the room off-camera, then returned to her desk. It was as normal as every other Zoom meeting I’ve ever been in, and yet it wasn’t.

The first story I read that morning was about Daniela Trezzi, an Italian nurse, age 34, who committed suicide after learning that she was infected by COVID-19 and might have infected others. Just hours earlier, the U.S. announced that 3.28 million people had filed for unemployment – the worst week the country’s seen since the Great Depression. Several days prior, India’s prime minister declared a 21-day lockdown, inciting a mass exodus of people willing to face contagion over starvation. No place, it seemed, was immune.

“I want to point out that we have people joining us now from Dubai, Bosnia, Italy, Pakistan, India, the U.K., the U.S., Sweden…” Yomi announced as she began the call. There were more than 50 of us in total, all tuning in for a mental health check because no one in the world was feeling normal.

“What makes this crisis so potent is the level of uncertainty,” Kristin explained after her introduction. “We don’t know the time frame, or what advice to follow. We human beings do not manage uncertainty very well.”

When Yomi invited me to join the session, I perhaps brazenly thought, “I’m doing fine. I’ll listen, but I think my mental health is pretty stable, all things considered.” Since the social distancing began, all of my big projects for the spring have been put on ice. But as a freelancer, I’m accustomed to a degree of uncertainty; I began looking into online courses. As an active investor, I’ve watched as my accounts have lost 25% of their value, but I just keep reminding myself to focus on the long-term: next year, this will be just another dip in the charts. But is that really enough in the face of this crisis? Because isn’t the real thing we all fear much bigger than our jobs and our investments? Our very lives are at stake.

Tool #1: Check in with yourself. It will help you regulate your experience

“With all of these unknowns,” Yomi asked, “How do we start to stabilize? How can we anchor ourselves?

“We want to start by normalizing our emotions,” said Kristin. “If you are struggling with anger, fear, etc., that is normal. But if you are struggling with emotions that become so intense or uncontrollable that you can’t get through your routine, try to consciously regulate them. Not in order to feel better or good, but because you won’t be able to think clearly until you turn down their intensity. When we are dis-regulated, we lose our ability to problem-solve. And if, for instance, you have lost your job, problem solving is key.”

In order to regulate yourself, you need to know what you are feeling. Kristin introduced the Feelings Wheel as a way to pinpoint the source of your emotions. If you’re feeling inadequate or embarrassed, you’re probably scared. Sarcasm is an indication that you’re angry.

“For anxiety or stress, do something calming or soothing,” Kristin advised. “Take a nice walk. Relax on the sofa. Breathe slowly. When you breathe slowly you’re telling your brain: there’s no imminent threat. You’ll feel calmer.”

In a recently re-aired episode of This American Life, a reporter spoke with children who spent time at the Sharing Place, a grief support center for kids who have experienced death. At first the kids don’t know how to speak about death. Then, after a while, they do. They learn how to say something like, “My dad chose to end his life.” Then they head off for some playtime.

“There’s a kind of sorcery to it,” the reporter says. “Naming the dragon, so you can defeat it.”

Tool #2: Try not to enact the flight or fight response

“The fight or flight response is our collective experience right now,” Kristin continued. “It’s an illogical response that activates the nervous system in the brain to prepare us for danger, to fight aggressively or flee, or sometimes ‘play dead.’ Experiencing this on an ongoing basis can make us feel overwhelmed.”

One way to avoid initiating this response, Kristin informed the audience, is to limit how much news we consume, since so much of it is filled with emotions and fear-driven words.

“When we read reports about people passing away, or hospitals that are unable to meet people’s needs, our nervous system reads this a sign of danger. It creates excess stress hormones, which then affect sleep, and make it difficult to address anything other than what we are feeling or thinking. Our bodies have to work hard to get back into balance.”

Kristin suggested taking a conscious approach to where we’re getting our news, where we’re consuming it and how much time we’re spending on it.

The day before, I awoke with a scratchy throat and a cough. I felt a little dizzy and tired. What if I had it? About ten years ago a CAT scan revealed a spot on my lung. My doctor said not to worry, unless I developed breathing problems. I imagined my lungs filling with fluid, as I’d read happens with COVID-19.  Would the spot become a hole? Then I made some tea, ate an orange, and went outside to sit in the sun, because I read that this had a positive affect on victims of the Spanish flu.

“Don’t worry about me if I die,” my mother had told me on the phone. “I’ve lived a good life. I’m okay with it.” She has chronic, stage 4 asthma, and will be turning 70 this year. I’m fairly certain she would not survive this thing. Would I?

I sat, looking up at the sun. Was I okay with dying? I looked around our yard, at the fruit trees I hope to harvest from this summer. I thought of my husband, working on the beat-up old sailboat we bought so we can one day sail around the world. I thought about how great it would be to live to see humanity curb global warming, and maybe even have something to do with it.

No, I realized, I’m not okay with dying. But it’s not like I never knew there would be an end game. It’s just that now death appears to be following us around in a cloak with a sickle. For which, if you’re 34-year old nurse Daniela Trezzi, the stress is too much, and you throw in the towel. If you’re Ingmar Bergman, you pull out a chess set.

Questions were coming in fast from the audience and Yomi passed them on to Kristin, “What advice do you have for people working at home? What are the best mental tools to use?”

The person who’d written in said that at first she’d loved working from home, and not having to change out of her sweatpants, but her situation had quickly devolved. Now she wasn’t showering.

“If you rob people of their routines, you will rob them of their mental health in two weeks,” Kristin answered. “If we lack routine, we lose coherence. Without a routine, we have to make lots of little decisions throughout the day: when to have a shower, when to eat. Those little decisions cloud our brains at a time when we need our brainpower to make bigger decisions.”

Here’s my routine: Wake up. Stare at the screen on my trading platforms. Read the investment news. Make lunch. Garden. Make dinner. Watch an episode of a cheesy old British detective drama. And, at some point, find time to call the bank to see if we can put off our mortgage payments.

“What I can tell friends and family members are struggling?” Yomi asked.

“This is the time to use video chats. If you don’t speak with your family often, it’s time to increase the frequency. Have after-work calls. Reach out and hear each other’s voices. You may not be able to solve the problem they are suffering from, but you can remind them that even though they are isolated, they are not alone.”

That week my sister, who works as a speech pathologist in a nursing home, learned that their facility had a patient with COVID-19. They also needed her less, so she was having problems paying her bills. My other sister is married to an ER nurse. His hospital recently discovered someone was stealing masks from the storeroom. Is there really anyone out there who’s not struggling?

After my talk with my mother about death, I organized a family reunion over Google Hangouts. It was the first time we’d met as a family since July. We discussed sterilization practices. We exchanged the names of who’s responsible for administering each of our wills if something happens to us. We shared stories about food shortages and one sister suggested we set up a new business where you could pass a goat around the neighborhood so everyone could get milk. “You could call it “gUber” she suggested. We laughed so hard that we cried.

Kristin fielded a dozen other questions from listeners. What should you do if you’ve lost your job? What if you have OCD? What should you do about people who are not taking it seriously? Then, with a few minutes left, she said she wanted to do an exercise.

“Close your eyes,” she instructed us. “Allow yourself to think the worried thoughts that have been on your mind: What if I get sick? What if I lose my job?”

“Then, picture yourself in ten years’ time. You are in a safe place, surrounded by friends and family. How would you like to remember getting through this crisis? What would you like to see yourself doing as a human being, as a community member, and as family member? What would you not like to see yourself doing? Allow that image to become clear in your mind’s eye. Envision yourself acting in a way that you’re prepared to stand for. Now take one, slow breath. Remember, life will continue. It just won’t be life as we know it.”

It was an upbeat note to end on, but also not exactly true. Sooner or later, life will end for us all. And that’s the real crisis we’re all facing: We cannot cheat death. When the knight in Bergman’s The Seventh Seal plays chess with Death, his goal is not to win. Like my mother, he’s okay with dying. He just wants to buy himself a little more time - time to do “one meaningful act.”

If we get through this, if we’re granted that reprieve, will we go around throwing money at people like Mr. Scrooge at the end of A Christmas Carol? Or will we go back to business as usual?

One meaningful act. Will I have time for mine? Will you, for yours? Take a deep breath. Where will you be in ten years’ time? What is it that will have been worth living for? Worth fighting for?

In that scene from Game of Thrones, Arya Stark’s sword-fighting instructor gives her one other, far more quoted piece of advice. “There is only one god,” he tells her. “And his name is Death. And there is only one thing we say to death: ‘Not today.'”

Download our complimentary PDF of Mental Health tools here, and continue the conversation in our Facebook Community. 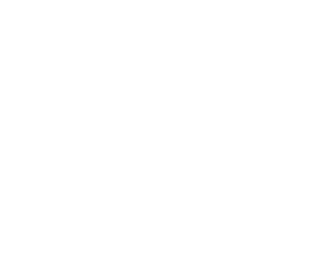 The Fem League is a global culture design and community building firm that creates inclusive cultures and communities where everyone thrives.